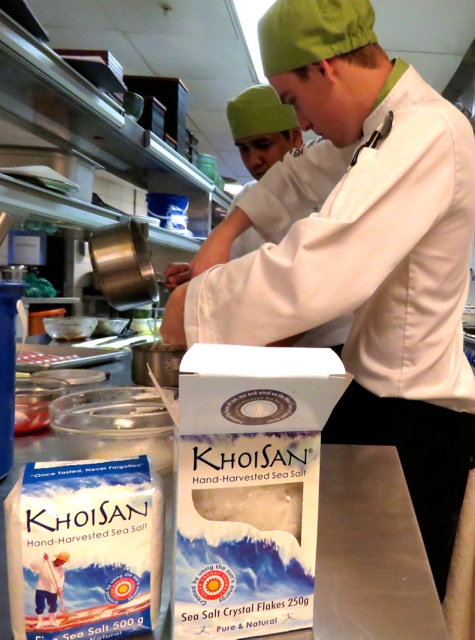 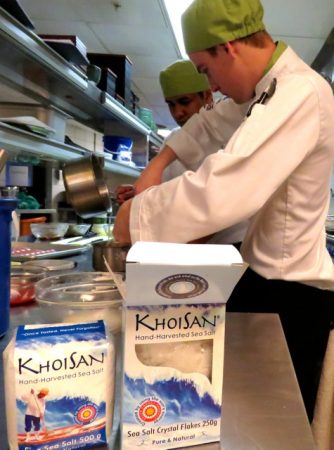 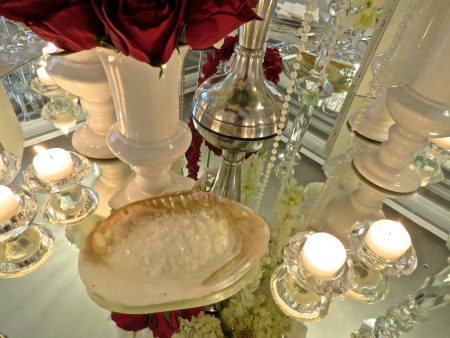 For the sixth year the search is on for tomorrow’s chefs, wine stewards and bakers. The Distell Inter Hotel Challenge was launched in a series of regional training workshops, glittering gala dinners at which the limited edition, Winners All was unveiled. A fabulous window illustrating the hotel industry’s huge social commitment to our wonderful country. The Candidates of 2018 were introduced at the Beverly Hills in KwaZulu-Natal, Sun International The Maslow in Gauteng, TAJ Cape Town, and finally at The CTICC. These were red-letter events for the hospitality industry. Behind the fun of the competition and the glamour of the hotels, lies a strong mentorship programme creating a solid national base of top quality chefs, wine stewards and bakers. This in turn is playing a huge role in South Africa’s tourism industry.

Darryl Erasmus who heads up the Tourism Grading Council of South Africa, acknowledges the very real economic need to actively support and participate in the tourism industry, particularly with job creation in the hospitality world, for the future economic wealth of the country. He points out that the State President reinforced this need in this year’s State of the Nation address.

“Events and programmes such as the Distell Inter Hotel Challenge, stretch our hotels and hospitality professionals to innovate, and come up with new and creative ways to continuously enhance the standards of the industry,” he says. “This is the only way to grow our destination’s global competitiveness.”

According to the UNWTO, the World Tourism Organisation, global tourism grew by 7% in 2017. This translates into 1,322 billion people travelling around the world. However, Africa has only managed to attract 7,8% of the market share.

“We still have much to do,” says Erasmus. “This unique Challenge achieves something way beyond being a fun and healthy competition between the different groups and teams.”

The launch events staged this month included training and product orientation workshops in each region. Throughout the run-up to the competition and during the actual “cook-off” the candidates, all selected by the participating hotels to compete and represent the name of their own hotel, are mentored by top-ranking chefs, bakers and sommeliers. During the orientation held throughout March, the candidates have also enjoyed the benefit of talks, demonstrations and lectures from senior lecturers from various culinary academies and top executive chefs, sommeliers, bakers, food authors and hospitality industry experts who have already found success in South Africa and around the world. Mentorship is the key factor. Starting with the workshops, the candidates are taken through a rigorous education programme that includes food preparation and selection, plating and presentation, kitchen hygiene, nutrition and even food growing. The wine stewards were similarly introduced to the essential skills of wine and spirit selections and presentation. Outside of the food and wine subjects, the candidates were also exposed to some business basics including communication and finance.

The candidates are now in the planning, practice and preparation phase as they count down the weeks to the challenging June “cook-offs” that will be hosted at various hotels and culinary academies around the country. The three top spots – “Chef of the Year”, “Baker of the Year” and “Wine Steward of the Year” will be announced at a gala dinner to be hosted in Cape Town on 04 August this year.

IN GAUTENG: The Da Vinci Hotels and Suites of The Legacy Group; De Hoek Country Hotel of PMR Hospitality; The Palace of the Lost City from Sun International; there is a Tsogo Sun teamed compiled of The Sandton Sun and The Palazzo who have joined forces;

IN THE WESTERN CAPE: the Arabella Hotel and Spa by African Pride Hotels; the Belmond Mount Nelson; Cape Grace; the Cape Town International Convention Centre; Ellerman House of Relais & Châteaux; the Grootbos Private Nature Reserve; the Marriott Crystal Towers; Newmark Hotels, Lodges & Reserves; NH The Lord Charles Hotel; One&Only Cape Town; The Royal Portfolio – The Silo; there are also two combined Tsogo Sun teams, the first being the Southern Sun Cape Sun together with CBD Interior and the other team being Southern Sun The Cullinan together with the Southern Sun Waterfront; the Spier Hotel; Sun International The Table Bay; The Taj Cape Town; The 12 Apostles Hotel & Spa; The Vineyard;  The Westin.

PARTNERS OF THE CHALLENGE

THE PRIZES: The ‘Chef of the Year’ will be flown to Amsterdam to take up a three week intense mentorship experience with three top restaurants – a prize that has been rigorously created and sponsored by NH Collection. The intense and highly sought after mentorship experience includes a week in the Vermeer Restaurant under the wing of Michelin star chef Chris Naylor at the Barbizon Palace hotel, a week at the legendary culinary museum and Restaurant, D’Vijff Vlieghen and finally a week at the Grand Hotel Krasnapolsky at The White Room where Jan Boerma leads the team that carries out his vision in Amsterdam; led by the young yet experienced Chef de Cuisine Arturo Dalhuizen, Maître Richard Eerhardt and Sommelier Isabel van Bueren.

For the ‘Wine Steward of the Year’ Distell has created an enviable travel experience into the world of wine and spirits. On the itinerary in London, a stay at the superb The Montague on the Gardens Red Carnation and the opportunity to work with the top Sommeliers at 67 Pall Mall in the heart of St James, then travel to Scotland with visits to top Distell distilleries; Deanston and Bunnahabhain and continue on to France; Cognac and Bordeaux.

An enormous range of superb prizes from KitchenAid Africa; particularly to the winning ‘Bio-Wheat Baker of the Year’, the legendary Artisan Mixer to the baker while their hotel will win the commercial Professional Design Mixer! In fact all winners will be treated to the finest iconic KitchenAid by Dr Susanne Reuther, who has been a stalwart supporter of the Distell Inter Hotel Challenge from inception and who does not allow one single candidate to leave the awards evening without some tangible recognition. Susanne’s support is very valuable and so much appreciated.

Meaningful bursaries that will be awarded at the National Winner Gala event in August have been contributed by Hospitality Property Fund, Cape Wine Academy, and the South African Sommeliers Association. Awards and prizes from highly desirable ScanPan and Global Knives SA from AL&CD Ashley. Cash prizes from Avanti Coffee, books from Penguin Random House South Africa, The Platter’s Guide and Riedel Glassware.

What is so outstanding is that British Airways will be flying the winning Executive Chef and partner to Cape Town where they will journey for a two-night stay at remarkable Grootbos Private Nature Reserve, a unique floral and marine eco-paradise on the southern tip of Africa.

To raise awareness for the StreetSmart campaign this year; the raffle that will be drawn at the gala awards at the Belmond Mount Nelson includes a fabulous win from Minor Hotels. They will be presenting a prize week away for two to the stunning The Royal Livingstone Victoria Falls Zambia Hotel by Anantara with return flights kindly sponsored by British Airways.

BACKGROUND TO THE INTER HOTEL CHALLENGE and SHOWCOOK:

The Challenge has become a red-letter annual event on the hotel industry calendar. 2018 is the sixth time this event is being held. It is a unique event, being both a first in Cape Town and a first in South Africa. Its success has labeled it as the ‘Oscars of the hotel world’ and it has been described as a defining event for the hospitality industry in South Africa. Although a competition of glitz and glamour, its true role has serious and deep-rooted repercussions in that it provides a vehicle and a public platform for creating an environment of mentorship for the country’s hospitality industry.

Partners of Showcook.com, Annette Kesler and Chania Morritt-Smith, the high-energy organisers and founders of the Inter Hotel Challenge programme, believe the most important achievement of the annual event is that hotels are persuaded to go to great lengths to encourage and mentor young talent in an industry that plays a crucial role in the South Africa’s tourist industry.

“The hotel industry is the heartbeat of tourism,” says Annette. “It is essential that we maintain the high standards of our hospitality industry but we also have to make sure those same high standards are maintained going into the future. In order to ensure that, we need to have a strong and sustained skills and upliftment programme where our young talent is mentored and given the opportunity to grow.”

Annette and Chania believe the Inter Hotel Challenge contributes tangibly to the hotel industry itself.

“It is a unique event where hotels become a unified force. Although the industry is highly competitive, at the end of the day they all want the same thing – to ensure a strong and viable hospitality industry to encourage and increase tourism in South Africa. Our best chance of achieving that is by doing it together.”

Prizes for the three top winners are astonishing, over the years winners have been invited to Long Beach Mauritius, Taj Mahal Palace India, the Shangri-La in Dubai, https://www.alcronhotel.com in Prague and The Marriott Ritz-Carlton Hotel and JW Marriott Marquis in Dubai offering them the opportunity of working with top chefs and sommeliers in the very best of international hotels and restaurants. However, the sheer nature of the mentorship approach gives every single competing candidate an important item for their future career profiles. Many careers are forged as a result of the Inter-Hotel challenge with the best of the talent setting off on a path of career growth, either by being promoted within their current places of employment or by taking up posts in international hospitality venues or by taking on positions in South Africa’s leading hotels, safari lodges, restaurants and other hospitality outlets. Over the six years, many of the participating candidates, whether they have won or not, have made a name for themselves by working in the industry, by becoming ambassadors for the hospitality industry abroad and often by becoming authors, television personalities or leaders on social networks. Importantly, many of them have gone on to mentor their own new intake of youngsters.

The Distell Inter Hotel Challenge is in every true sense of the phrase, a programme of far-reaching business and social responsibility objectives.

Use the search box to find the product you are looking for.

No products in the cart.